I Bought a House with an Underground Oil Tank. What Now? 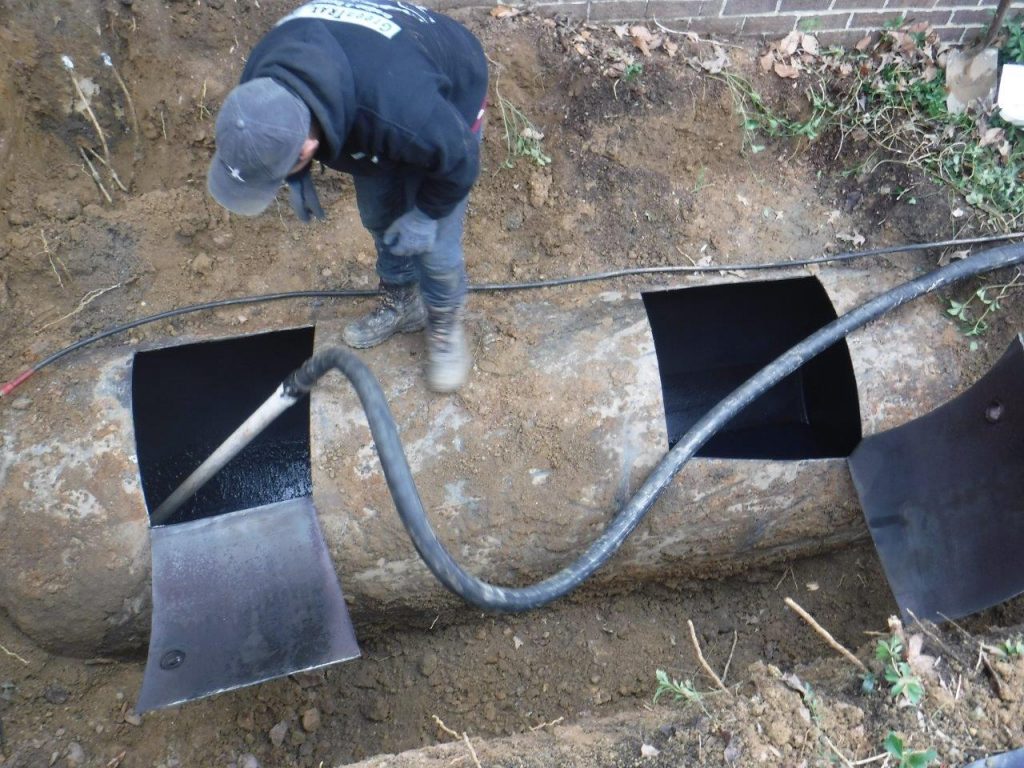 Buying a house comes with its fair share of risks, but an improperly handled underground tank can be one of the biggest. A buried heating oil, diesel fuel, or gasoline tank is particularly risky, due to the environmental liability it can cause for your environment. As a buyer, a buried underground oil tank is different and should be separate from the normal inspection process. It is not your responsibility to have to pay to prove the tank is NOT leaking before you buy the house.

Did you know that more and more frequently we see that many banks, home mortgage companies, and even home insurance companies will NOT let you as a buyer to go to settlement on the house UNLESS the UST has been removed or properly abandoned by a licensed tank contractor with proof there is no contaminated soil?

The current property owner received all of the use & lifespan out of the UST, so why would it be your responsibility to pay to remove it and potentially cleanup contaminated soil that can cost several thousand dollars more? A leaking oil tank is not like a leaking roof, you can see a roof leak, you cannot tell if a tank is leaking with 100% certainty until it is removed from the ground and the soil checked below it.

Should I have a tank test done?
NO. Do not waste your money on a tank test for a underground oil tank that is over 20 years old, the tank has lived its useful life and any money spent is throwing good money after bad. We have seen old tanks pass tests but then once they were removed, we found them to be leaking.

If something has to be done, a soil sample should be taken next to the tank below the bottom level of the tank, but even that does not guarantee with 100% certainty you get an accurate result. Nothing lasts forever. Old UST’s are bare steel that rust, develop holes, and leak. Period. Its just a matter of when the leak will start.

If you buy a house with an old tank and it is found to be leaking, it is your responsibility to pay for the cleanup. Most of the time the cleanup process is fairly simple, but there is a cost for that.

The worst case scenario is that the leaking tank is so bad that it contaminates your well water from which your drinking water (or your neighbor’s) comes. Another bad scenario is if the oil makes its way into your foundation/basement (or worse your neighbors basement!) and gets in the drain tile and sump pump and then causes issues with smell of oil inside and your sump pump is then pumping the oil contaminated water out onto the surface of your yard!
If the seller tells you the tank is not leaking, don’t believe them! How do they know? If they tell you it was “properly” abandoned, unless they have proof INCLUDING soil sample results, don’t believe them. We see UST’s all the time that someone tried to hide by cutting off the pipes and dumping sand in the pipe. If there is evidence of a buried tank CALL GREENTRAX!

PreviousI need a new aboveground heating oil tank what are my options?
NextI am converting to a new source of heat. Now what? 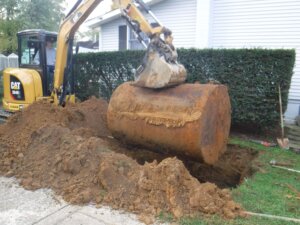 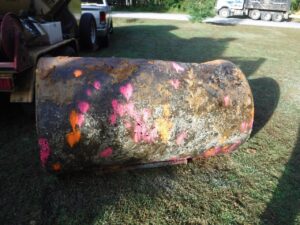